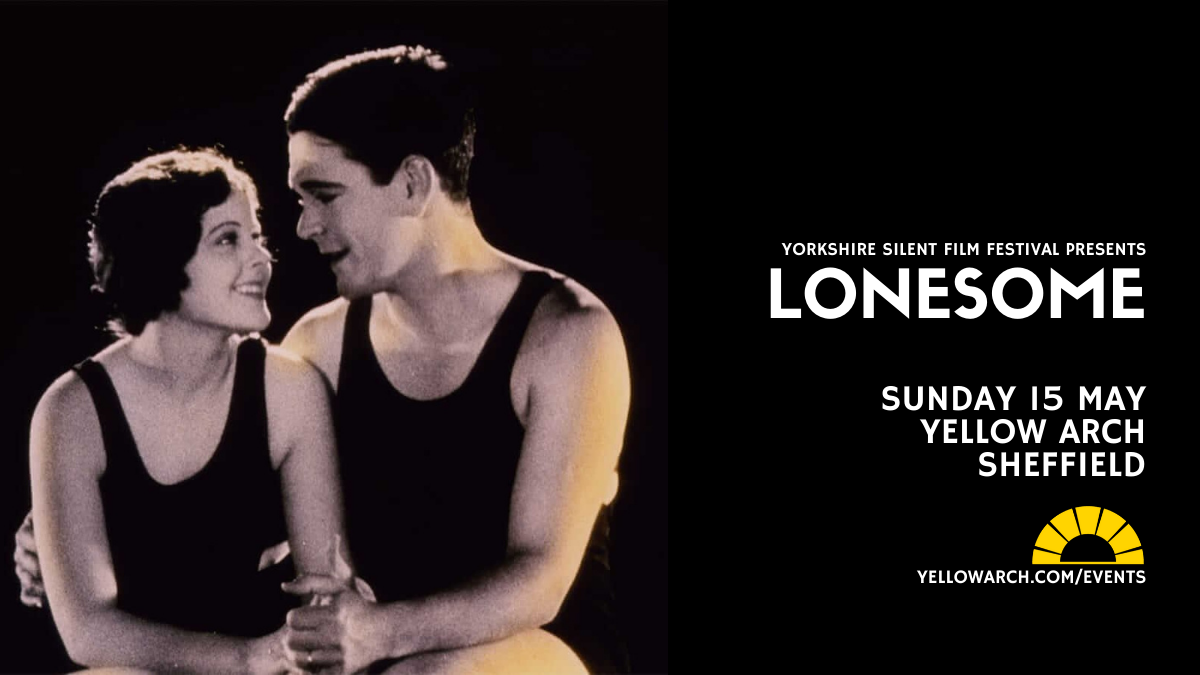 Jim and Mary are New Yorkers, living among millions of strangers, alone in their cold-water flats.

Then, one day, by sheer beautiful luck, they both decide to go to Coney Island.

Lonesome is an unlikely, beguiling oddball of a film. Made by the little-known but audacious Paul Fejos (a filmmaker / explorer / anthropologist / doctor), it’s a European art movie released by a Hollywood studio. Fejos pulled out all the stops – there are exquisite moments of colour tinting, superimposition effects, experimental editing, and a fluid, roving camera – plus three dialogue scenes, added to satisfy the late-1920s craze for talkies.