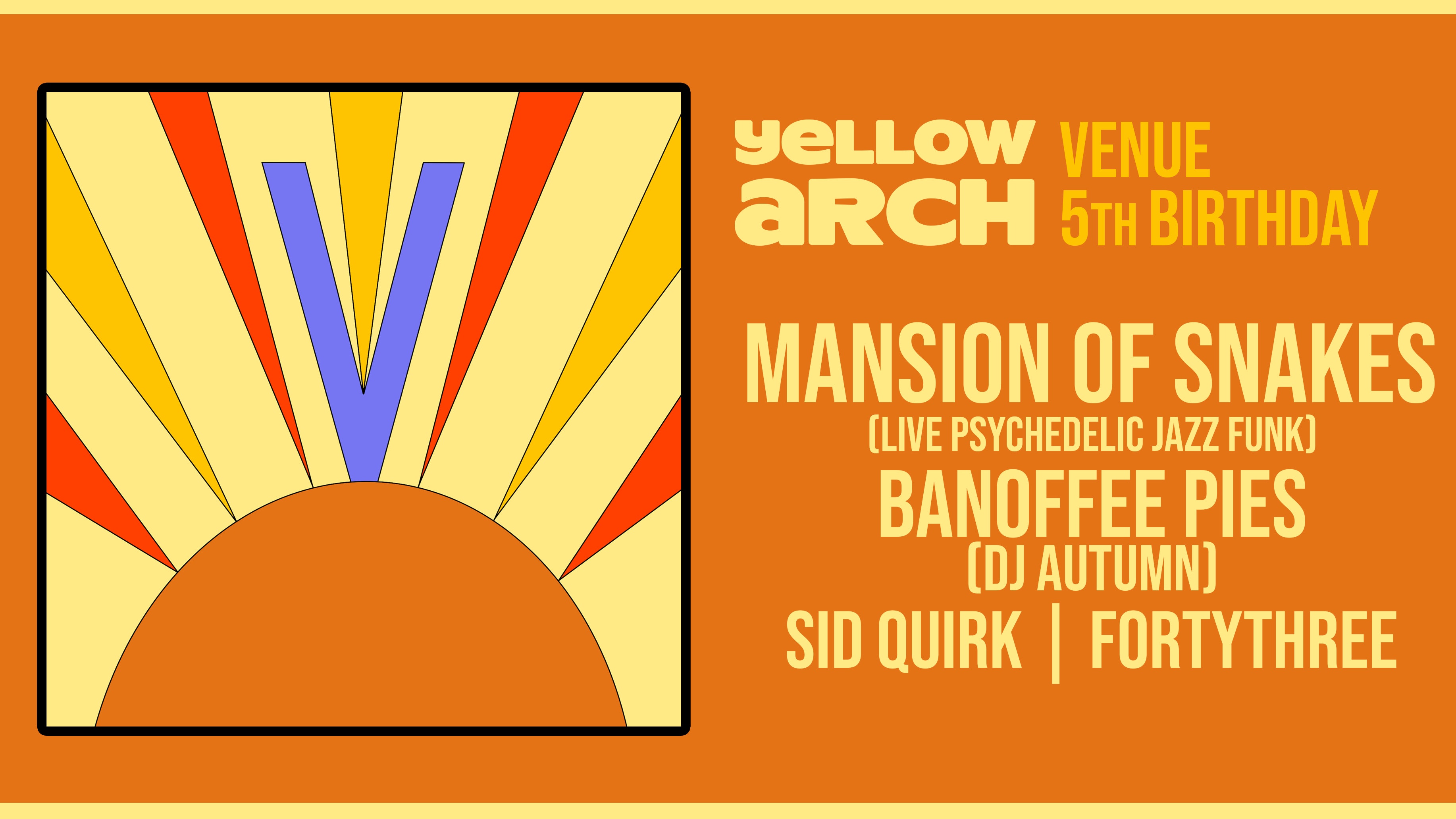 To celebrate five years since becoming a fully fledged music venue, we’re doing what we do best and throwing a party featuring some top drawer bands and DJs!

Mansion of Snakes
Earth shaking devil funk and cosmic jazz behemoth from Leeds/London celebrating the release of their new album. With blazing horns and vocals backed by pounding percussion and bass the band fuses the influences of afrobeat pioneer Felt Kuti, with the cosmic sounds of Funkadelic and searing jazz of Pharaoh Sanders.

DJ Autumn (Banoffee Pies Records/Headroom)
Heading up Bristol label, Banoffee Pies, as well as curating and running his own festival, Headroom, DJ Autumn boasts an impressively varied selection. With a host of releases that offer anything from brokenbeat to dub techno, Banoffee Pies has been one of the labels at the forefront of dance music in the UK for the last few years now. We’ve admired the output of the label for a long time so we thought it was about time we brought DJ Autumn up to Sheffield for the first time. Expect an exquisite selection from the ultimate mixed bag.

Sid Quirk (Banoffee Pies Records/Limbo Radio/Threads Radio)
Manchester’s Sid Quirk heads over the Pennines for the first time to join us for this one. With two releases courtesy of Banoffee Pies last year, Sid offers a warped and twisted approach to making dance music, bringing together a plethora of influences to produce a smooth and silky finished product. A regular on Manchester’s Limbo Radio and London’s Threads Radio, Sid has pretty much everything in his bag! Northern soul, IDM jungle, who knows what we’re going to get…

Fortythree
The Fortythree boys bring the local vibes at this one! As regulars on the Sheffield DJ circuit they know how to get a Sheffield crowd moving. Whether that’s through some euphoric, hands-in-the-air inducing disco, or some crisp, rhythmic broken beat, we’re certain they’re the perfect crew for the job.