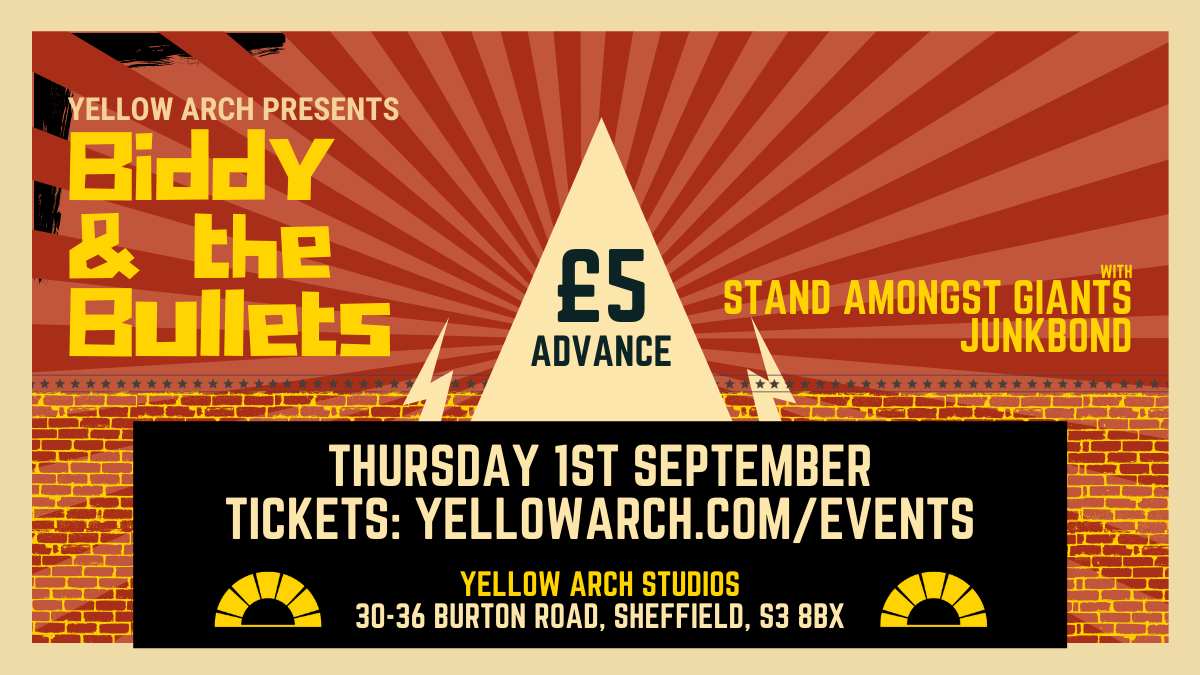 YA Presents #7: BIDDY & THE BULLETS + STAND AMONGST GIANTS + JUNKBOND

Biddy & The Bullets are a newly formed Americana band based in South Yorkshire. Brainchild of chart topping country singer-songwriter Biddy Ronelle, the band have formed to bring a heavier sound to the scene. Using a mix of Biddy’s previous solo material and new songs their live shows have been going down a storm. Their debut band single ‘Dark Side’ is out in May this year and they will be appearing at a number of festivals this Summer including Buckle & Boots and Rock N Ribs. They have been supporting various acts on tour recently including The Outlaw Orchestra and Fargo Railroad Company. Dark and twisty female led Southern rock- not something you’ll hear everyday!

Stand Amongst Giants are a 4 piece rock band from Sheffield, UK. Formed in 2017, the band

After self releasing their singles ‘Broken’ and ‘The River’, Stand Amongst Giants have
played the uk scene hard and sharing stages with a raft of rock royalty such ‘Saxon’, ‘The
Dead Daisies’ and ‘Phil Campbell And The Bastard Sons’.

JunkBond: A home for orphaned songs written over the last 25 years, JunkBond is the new project from Simon Roberts (The Letter/The Farewell State) and showcases those tunes that never made it into bands over the years.
Now armed with debut album ‘Spring The Locks’, Simon is paying back the debt owed to these long standing songs