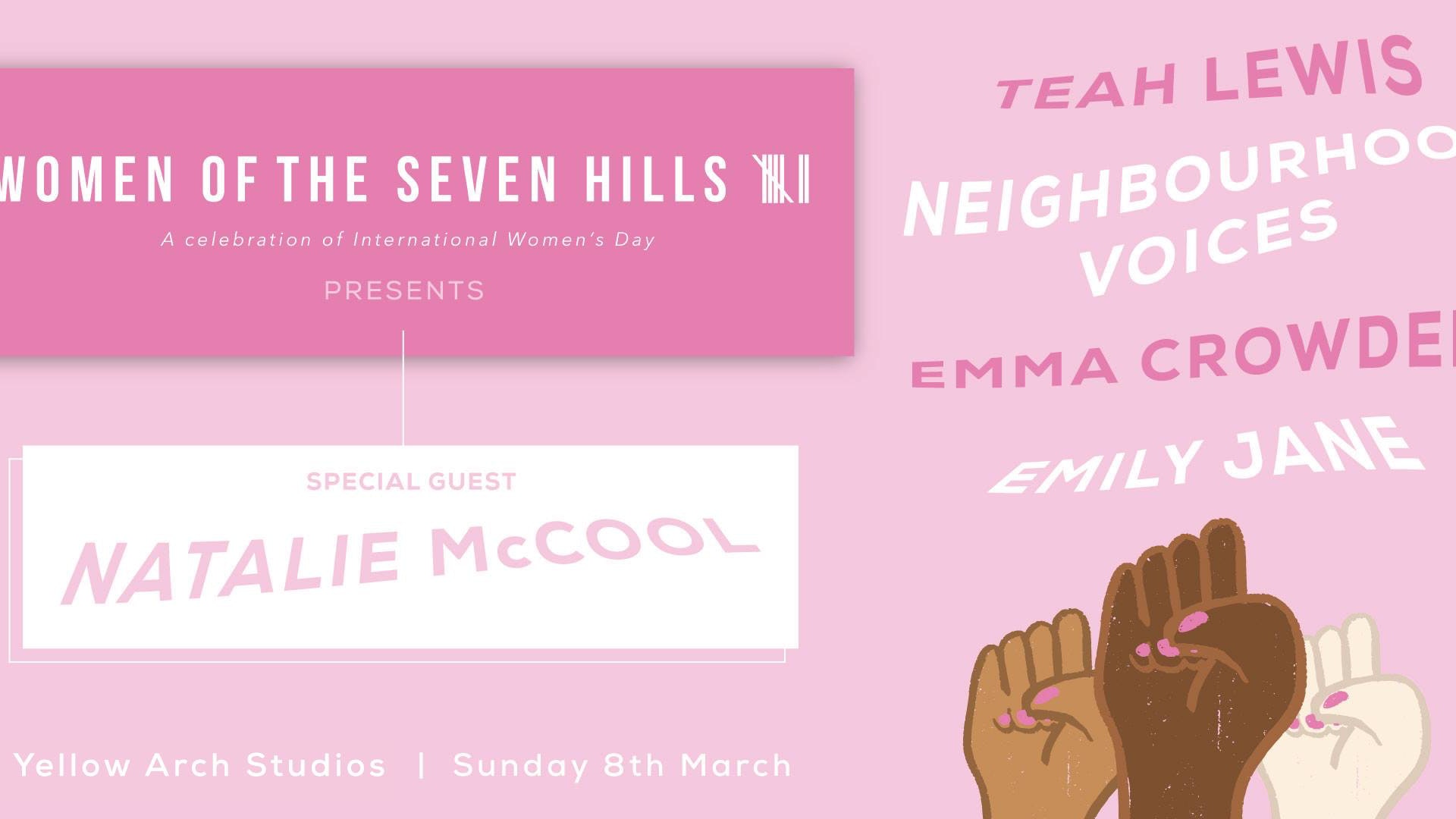 Women of the Seven Hills

Buy from Fatsoma
Buy from Eventbrite

We are super proud to announce our 3rd year of Women of the Seven Hills!

This year we’re back at Yellow Arch Studio’s, bringing a special guest from Liverpool to join us in Sheffield.

The line up is as follows:

Natalie McCool is a singer, songwriter, multi instrumentalist and visceral front woman. She has picked up a fast growing support base of fans and critics alike with her truly innovative and beautiful take on pop music. Latest album ‘The Great Unknown’ was self-written and is without doubt McCool’s finest and most accomplished set of songs to date with 1st single ‘Dig It Out’ described as “a mesmerising lilt pop gem” in The Sunday Times, and 2nd single ‘Cardiac Arrest’ being immediately playlisted on BBC Radio 1.

Sheffield based singer-songwriter Teah Lewis, will be bringing a set of her own ‘ sun-soaked, soulful originals’ (Ichabod Wolf), backed by brass, drums and bass. Teah will be releasing her debut single very soon. Her music is mellow, Americana, folk/pop and she has been performing with her band for the last 2-3 years.

Neighbourhood Voices, founded by Gina Walters in 2017, are a choir of 60+ female-identifying singers, singing a collection of modern/alternative/pop arrangements. In the past two years they have performed on Radio 6 Music, at Tramlines, have provided backing vocals for Self Esteem, and lots more. They’re the gang in pink and red!

Sheffield based singer-songwriter, Emma Crowder, has been impressing audiences with her honest, heartfelt songs for many years. With past support slots with the likes of Gabrielle Aplin, Marika Hackman and Jack Savoretti, Emma has enticed listeners with a vocal so innocent and beguiling, yet powerful enough to captivate the larger venues.

“Born and bred in Sheffield, the enchanting talent of Emily Jane truly captivates the viewer exhuming the family community that defines the city. With a personal and honest reflection on life interactions, Emily paints the picture of a young girl blossoming in a world that’s as much fast-paced and thoughtless as it is poetic and romantic” – Sofar Sounds.