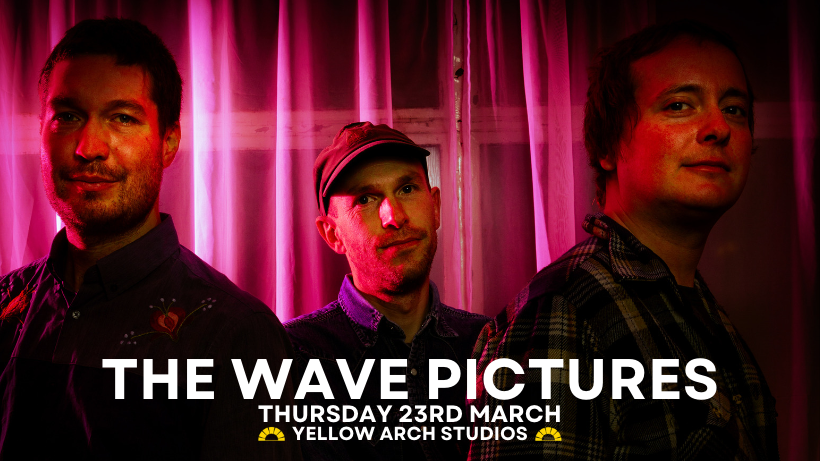 The Wave Pictures make their long-awaited return to the Steel City on Thursday 23rd March 2023!

The Wave Pictures are David Tattersall, Franic Rozycki and Jonny “Huddersfield” Helm. Formed in 1998 when Franic and David lived in a village called Wymeswold, the band played with several drummers until Jonny became a permanent member in 2003 replacing Hugh J Noble. In the beginning the band learned to play together by covering Jonathan Richman songs but soon David was writing lots of original material. They have since released five studio albums to critical acclaim and played numerous sessions on BBC 6 Music, Radio 1 and Xfm. The interest generated by these recordings has enabled The Wave Pictures to play shows all over the world with artists including Jeffrey Lewis, Darren Hayman, Stanley Brinks, Freschard and Herman Dune.