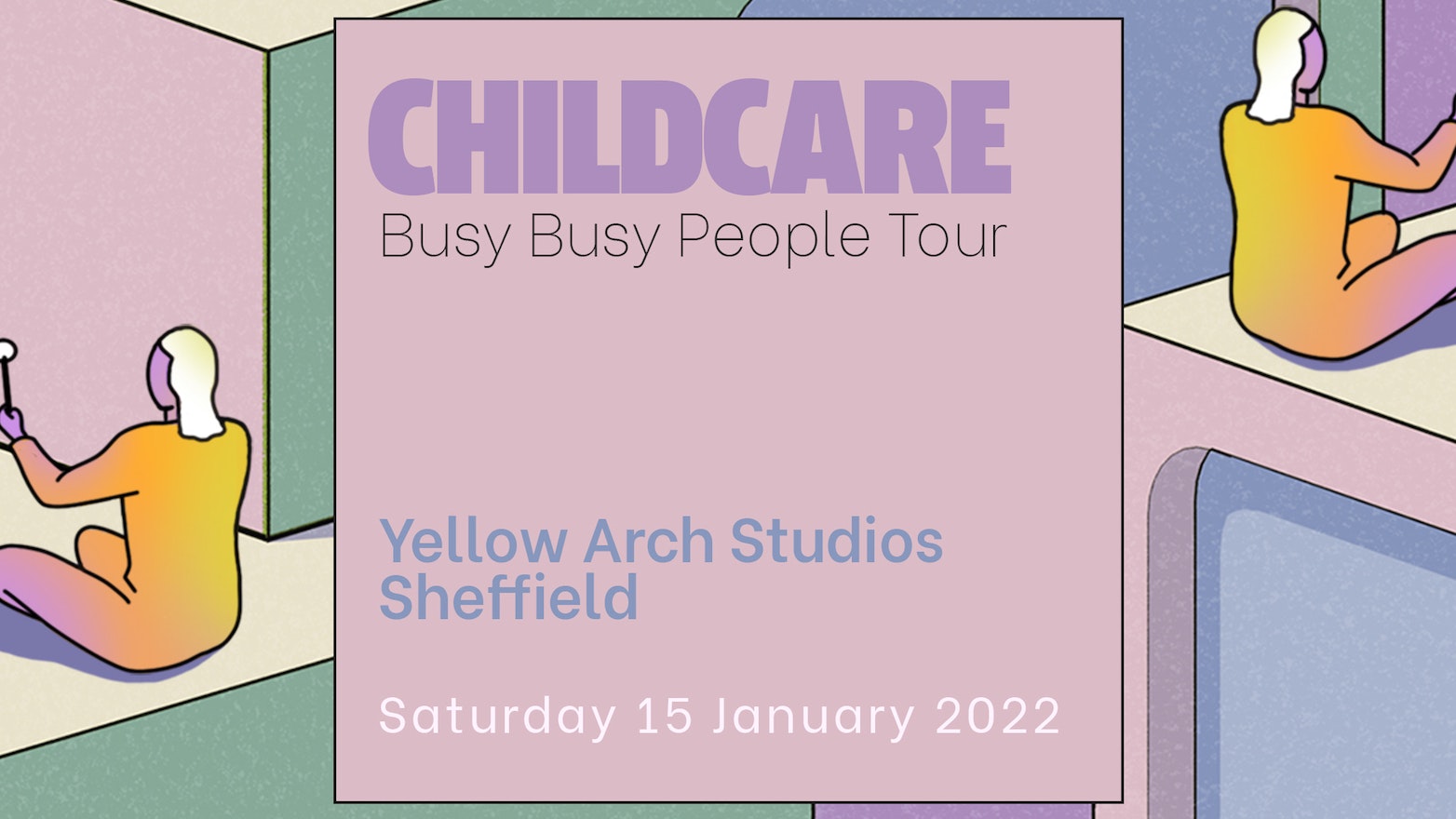 Buy from Fatsoma
Buy from The Leadmill

Unfortunately CHILDCARE have had to reschedule their Yellow Arch Studios show. A new date will be announced soon! All tickets remain valid for the new date.

Over the years, they’ve fine-tuned what CHILDCARE is all about and served up a recipe that’s both familiar and like nothing you’ve ever tasted before.

“Call it a pasta with an arrabbiata sauce but with something on top, maybe mandarin breadcrumbs,” suggests Ian. “What we’re trying to do is to expose a bit of the mundane psychedelia everyone drops into while living their lives,” adds Rich.

Although ‘Busy Busy People’ isn’t CHILDCARE’s first album, the group say it feels more like one to them than ‘Wabi-Sabi’ did – a cohesive, intentional collection that represents who they are and where they’re heading. With an album as fresh and fruity as this one under their belts, the award for ‘best album of the year to reflect everydayness through keeping secrets, cooking and Gok Wan’ is bound to be on the menu.

‘I love this band’ – Annie Mac