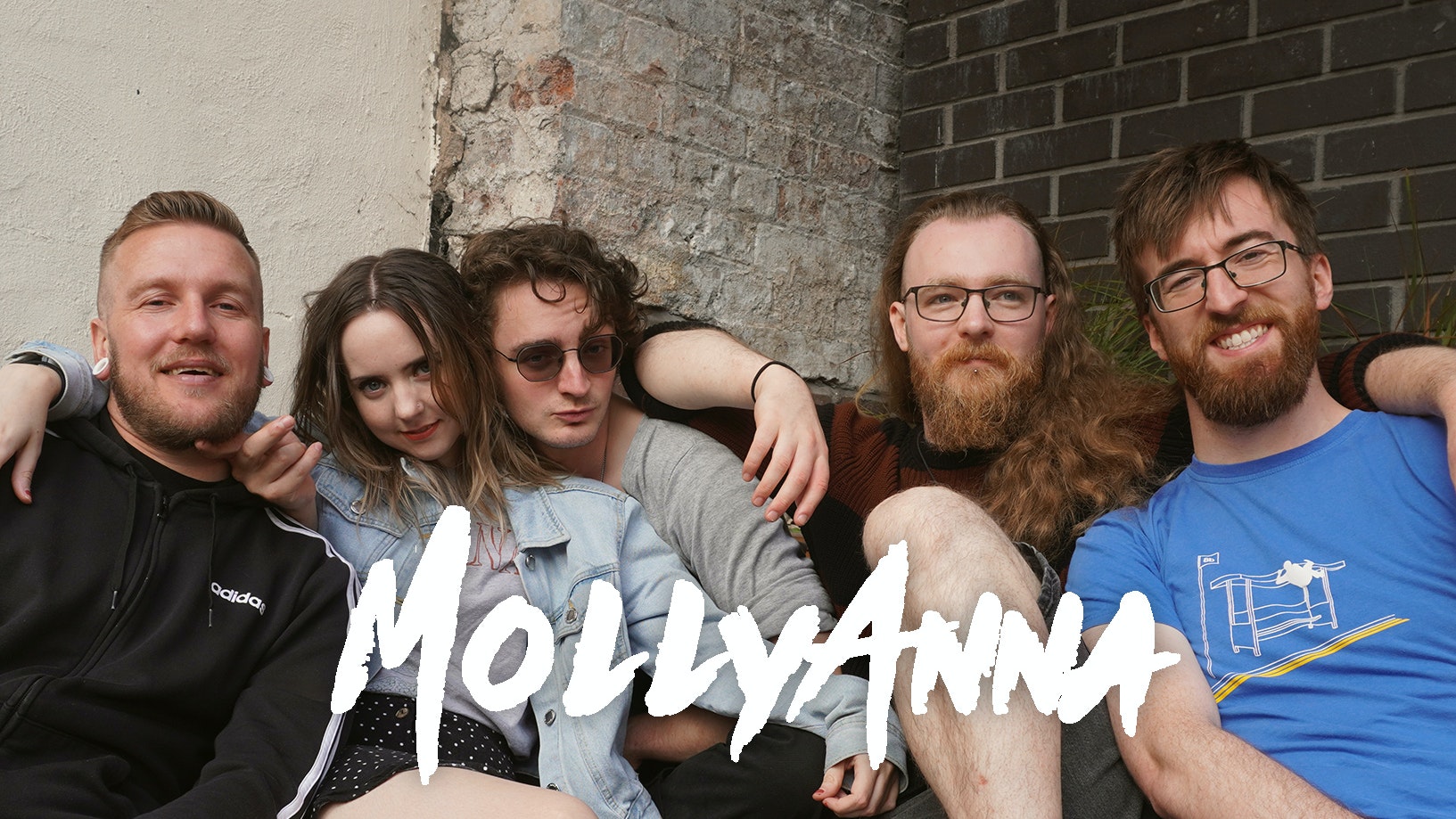 The Bar at Yellow Arch presents: MOLLYANNA plus support

Alt-Rock band MOLLYANNA spent most of 2019 in the studio. Their new album Archaeology is about the year singer Bernadette spent in therapy dealing with the after-effects of abuse. “In my first session, my therapist warned me that it would feel worse before it started to feel better, and sure enough, for a while it felt like Pandora’s box had opened in my brain and all these demons had spilled out. The songs on Archaeology are my attempt at dealing with each one.” In May 2019 the band launched their first ever crowdfunding campaign to help them cover the costs of making the record. Fans jumped at the chance to pre-order the record, as well as many other unique and limited edition items – smashing the band’s initial target in just three days. The campaign’s success was down to the raw and honest way MOLLYANNA told their story.

MOLLYANNA are proof that beauty can emerge from the most chaotic of places, which is something singer Bernadette and guitarist Mike know very well. During their friendship, they have stitched together their contradictory influences to create alternative music that is deep, dark and wild. The pair began MOLLYANNA as a duo in 2016, but since then, with the help of Mike Nunn, Andrew Warburton and Jackson McLean, they have grown into an alt-rock band unlike any other. Their music is for the outsiders – those on the fringes with a story to tell.