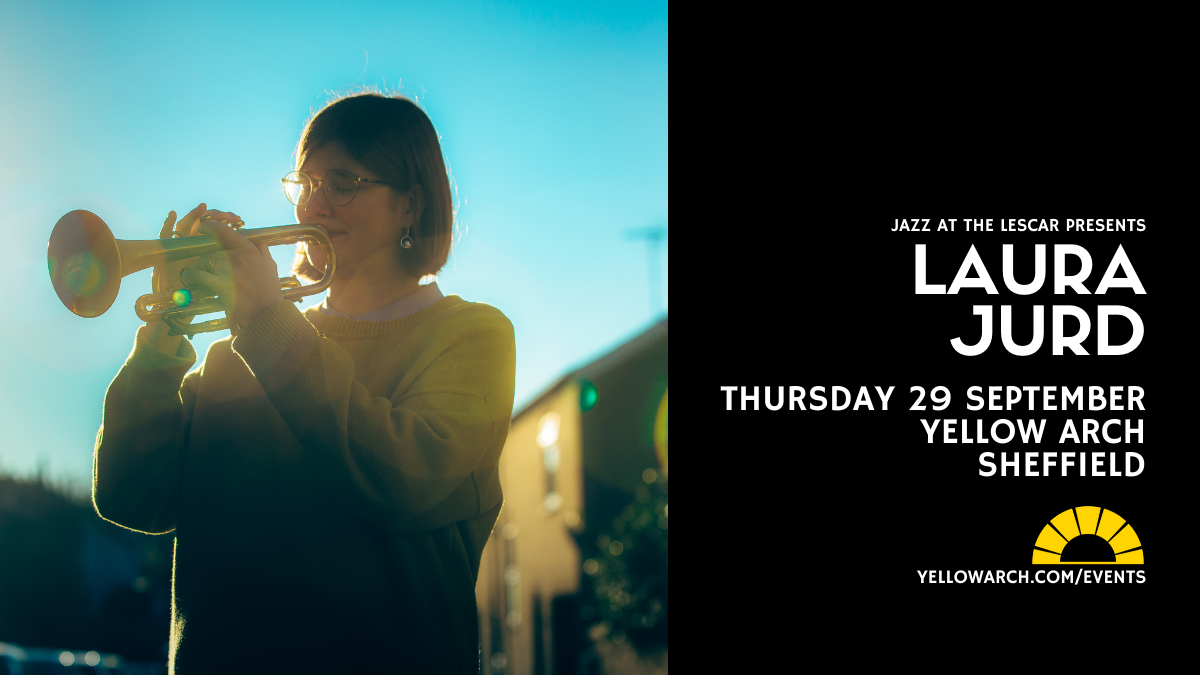 Music influenced by Celtic folk traditions, the blues and a sprinkling of alt-rock, acclaimed trumpet player and composer alongside a brass-fuelled, party band of world-class instrumentalists, bring this colourful new music to life. Big friendly tunes and grooves-a-plenty as Laura celebrates the release of her fourth album as a leader.

We’re delighted to welcome back to Sheffield multi-award winning trumpet player and composer Laura Jurd, who along with inspirational drummer Corrie Dick forms one half of ground-breaking Mercury prize shortlisted band Dinosaur. Alongside them, Ruth Goller is simply one of the best bass players in jazz and improvised music, with a record of performance second to none, with the likes of Shabaka Hutchings, Marc Ribot, Rokia Traoré, and Paul McCartney. Tuba player Danielle Price has performed with Bill Wells and Aidan Moffat, the BBC Scottish Symphony Orchestra, Mats Gustafsson, as well as experimenting with electronics and voice, not least in duo Dopey Monkey with Euphonium player Martin Lee Thomson. Martin has played with the likes of Grimethorpe Colliery Band, Oslo Brass Band, Voodoo Love Orchestra, and most recently on Laura Jurd’s album ‘Stepping back, Jumping in’. Alex Haines on guitar is one of the most sought after musicians on the London music scene, including an appearance on Snowpoet’s most recent album ‘Wait for Me’

Join us at Yellow Arch Studios for a night of totally joyous music making, as part of their UK wide tour.