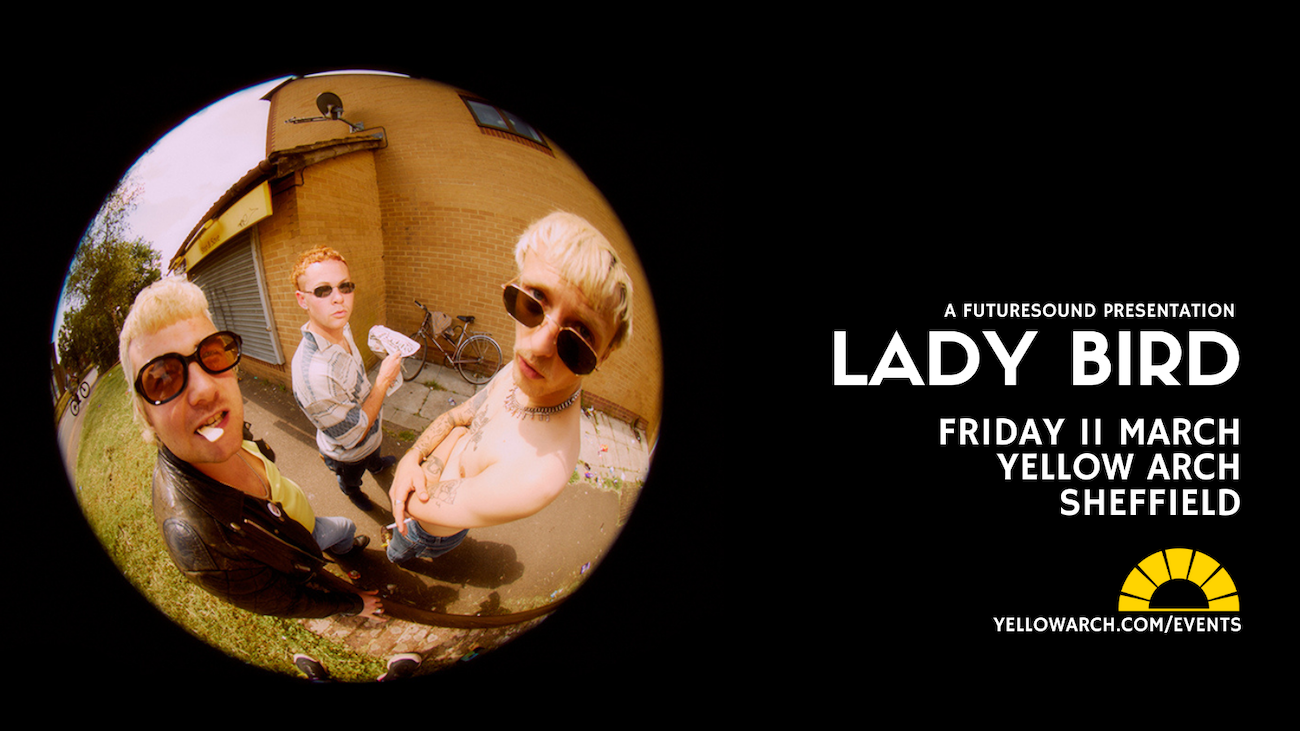 Buy from Fatsoma
Buy from Futuresound

Lady Bird are a unique three-piece punk act whose music blends the storytelling approach of The Streets and Ian Dury, with the guitar-driven energy of Blur. They kicked off 2018 by announcing themselves as the first artist to be signed by Slaves to their independent label Girl Fight Records.

Formed by three friends out of the mail scene around the Tunbridge Wells Forum, the band mix up aggressive, riff heavy rock with a sophisticated literary vibe as singer Don spits tales of suburban disquiet and everyday life.

Live the band are a force to be reckoned with Joe (drums) and Alex (guitar) lay down a frantic punk rock backbeat, while Don stares straight into the eyes of his audience to both inform and intimidate in equal measure.

Lady Bird recently released their second single INFANTS, along with announcing their debut album ‘WE’ to be released next year on the 25th February on Alcopop Records!