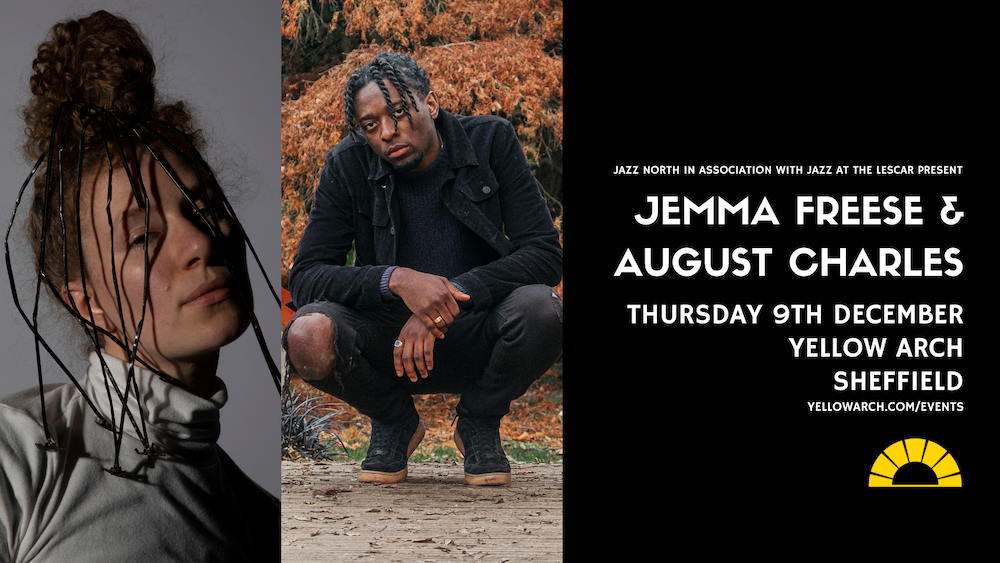 An energetic and creative new force in UK music, keyboard player and vocalist Jemma Freese (J Frisco, freesetrio, Maximo Park, DOMI) presents her brand-new project in a really special launch gig, accompanied by a five-piece band bringing together backing vocals, drums, electric bass, guitar, and keyboards. Currently working on her debut album as a solo artist – a story about the beginning of a personal journey, from losing oneself to finding a new self – it showcases the searing quality of her voice more than ever before. Using her own unique language of scat, she uses jazz metal riffs, heavy synths, sub bass and classical piano to create a vibrant new take on contemporary jazz she terms ethereal math.

“The emotions released in this album show bravery, intelligence and a fascinating blend of grooves and genre-bending… Patti Smith and Kate Bush immediately came to my mind, along with some Massive Attack.” – Fiona Ross for Jazz in Europe on freesetrio’s ‘The Beast in the Blueprint’

Fresh from performing at 2021’s Tramlines, and with his latest song ‘Blessed’ making waves, we’re proud to also present August Charles, a singer-songwriter whose musical vocabulary takes in soul, R&B, indie-pop and jazz, with a band drawn from the vibrant Leeds jazz scene. Born in Ndola, Zambia and raised throughout the UK, and now based in Leeds, August’s influences include Frank Ocean, Skinny Pelembe, Laura Mvula, and King Krule. He was recently listed by BBC Introducing as one of the upcoming black artists to watch, and his music has featured on BBC 6 Music.

August’s music is honest and distinctive, a brilliant new voice and definitely a future star.

“His voice just knocked me for six and he is definitely a new favourite act for me”. Tom Salmon (BBC 6 Music)