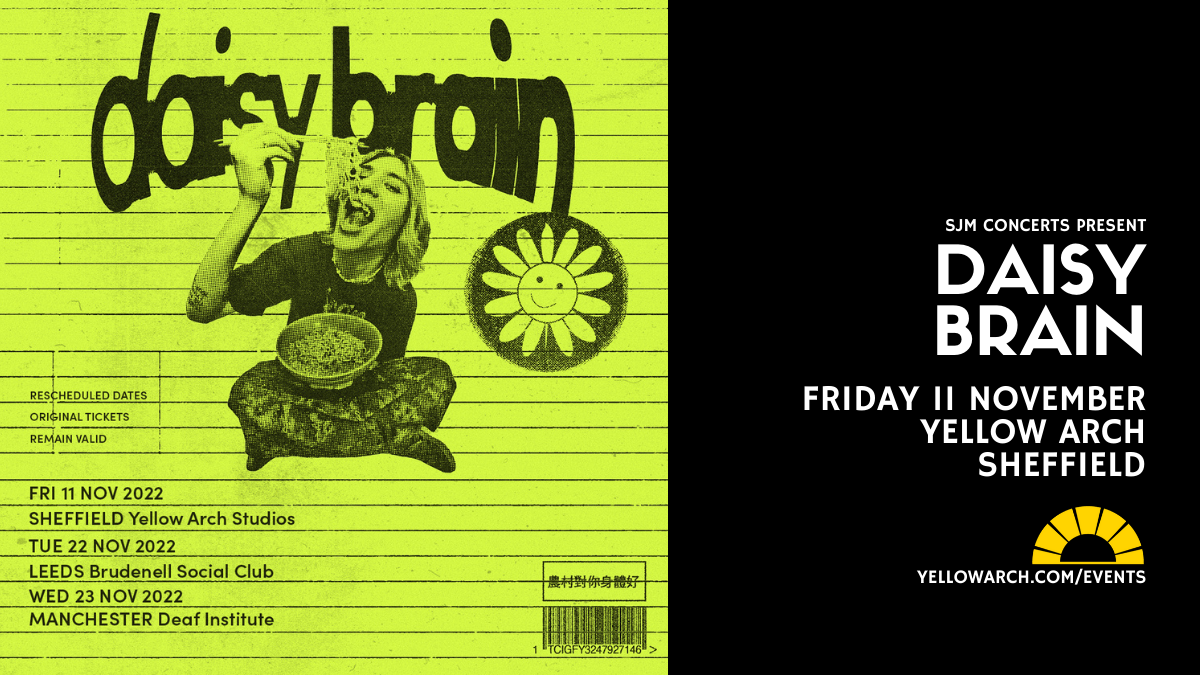 Buy from Fatsoma
Buy from Gigs and Tours

This date has now changed

Daisy Brain is the alias of Will Tse, a songwriter & producer from London, UK. He writes and produces from his Hackney bedroom, combining a love of Britpop and Grunge with an emo melodic streak and lyrics rooted in his Gen-Z experiences.

Born in Singapore to Chinese and English parents, Will moved to the UK aged 11 and was reluctantly sent to a boarding school for kids with learning difficulties (namely ADHD and dyslexia). After picking up music in sixth form college, he moved to Leeds to study music production, cutting his teeth in numerous bands. A string of fruitless relationships, bad jobs and partying followed before graduating and returning to his parents’ house to rethink.

Scrapping all the music he’d written in Leeds, Will started afresh. Deciding that a move to London might provide the creative spark he needed. Both Will and Dan ended up working in the same Brick Lane Pizza shop, blasting their favorite bands out of the speakers all day.

Will had every intention of starting a garage-rock band with an assembly of London friends, but the Covid-19 pandemic forced him to rethink. Writing and producing from his bedroom, Will reimagined his idea for an alt-rock band through the lens of a bedroom producer, and Daisy Brain is what emerged.

Daisy Brain combines the guitar-led arrangements of alt heroes like Blur and Sonic Youth with the earnest song writing touch of Elliot Smith, Phoebe Bridgers and Matty Healy. With a debut EP slated for release later this summer, Daisy Brain feels poised to emerge as one of 2022’s most exciting new alternative artists.

Daisy Brain released his debut single ‘Boring’ in June 2021 – an enthralling blend of raucous grunge and Brit-pop inspired lyrical wit, it made an instant impact picking up significant editorial support from Spotify and Apple Music along and debuted as Jack Saunders’s Next Wave on BBC Radio 1.

Follow up single ‘Powder Train’ was selected as Radio 1’s Tune Of The Week on the Indie show, and also saw heavy support from streaming services. The debut EP ‘Let’s Go Camping’ has now reached over 500K streams since it’s release in September, and preceded a debut headline show at London’s Sebright Arms which sold out in two days.

Daisy Brain subsequently went on to join Yungblud on tour, supporting across a run of huge dates in September and October including his 10,000 capacity sold out show at Alexandra Palace.