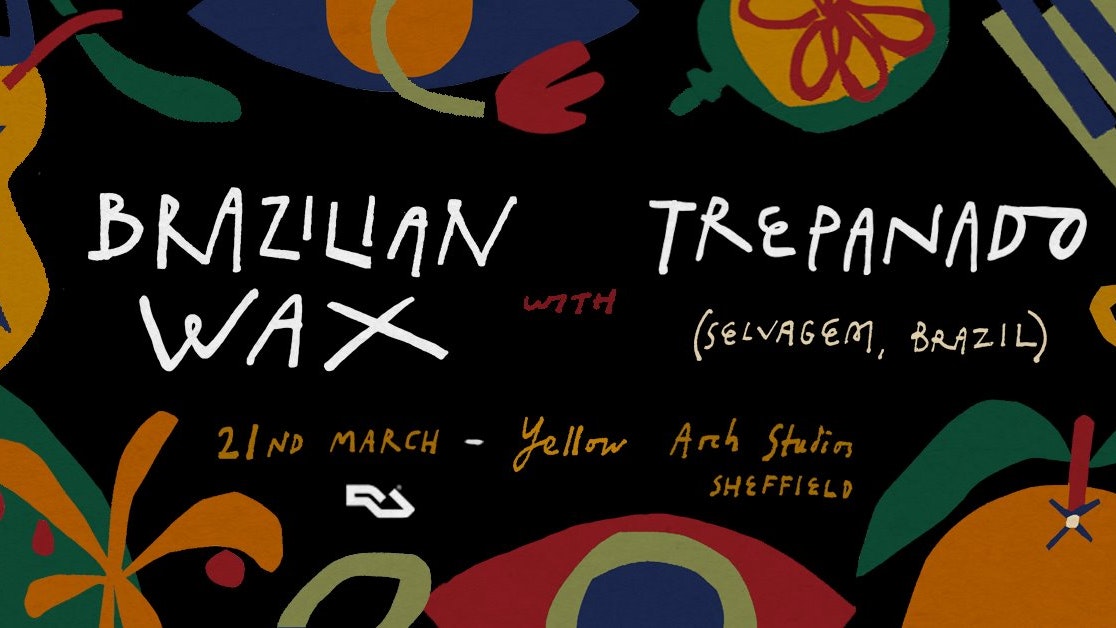 Brazilian Wax are coming to Yellow Arch Studios for the final party in their nationwide tour. They will be bringing, all the way from Brazil, the inspirational and influential DJ and label founder, Trepanado (Selvagem, Selva Discos).

Following on from hosting São Paulo’s DJ Tahira in 2019, this March Brazilian Wax will be setting out across the UK, playing alongside another hugely influential Brazilian DJ: Trepanado (Selvagem / Selva Discos). Trepanado is the stage name for Augusto Olivani, one of the founders and current commander of the Selvagem party collective, and boss of Selva Discos label. Throughout its 8-year existence, Selvagem has consistently been one of the continent’s most influential and important labels, showcasing an anarchic amalgam of obscure House, Techno, Soul, Jazz, and almost every other musical style. With a compelling blend of technical mastery and enthralling showmanship, Trepanado has become one of Latin America’s most revered DJs. A regular fixture throughout South and Central America, he has also embarked upon 5 European and North American tours, showing his talent at parties such as Full Moon Festival (New York), Calvi on the Rocks, Concrete Paris, and Dekmantel Amsterdam, where he will be returning this summer.

With a swathe of weird and wonderful reissues on his Selva Discos label (and, indeed, some tried-and-tested dancefloor-fillers, such as Barbatuques’ “Baianá”), as well as a recent much-loved compilation, “Street Soul Brasil”, released through New York’s Hello Sailor label, Brazilian Wax are thrilled to share Trepanado’s wildly deep and diverse repertoire with UK audiences this March.