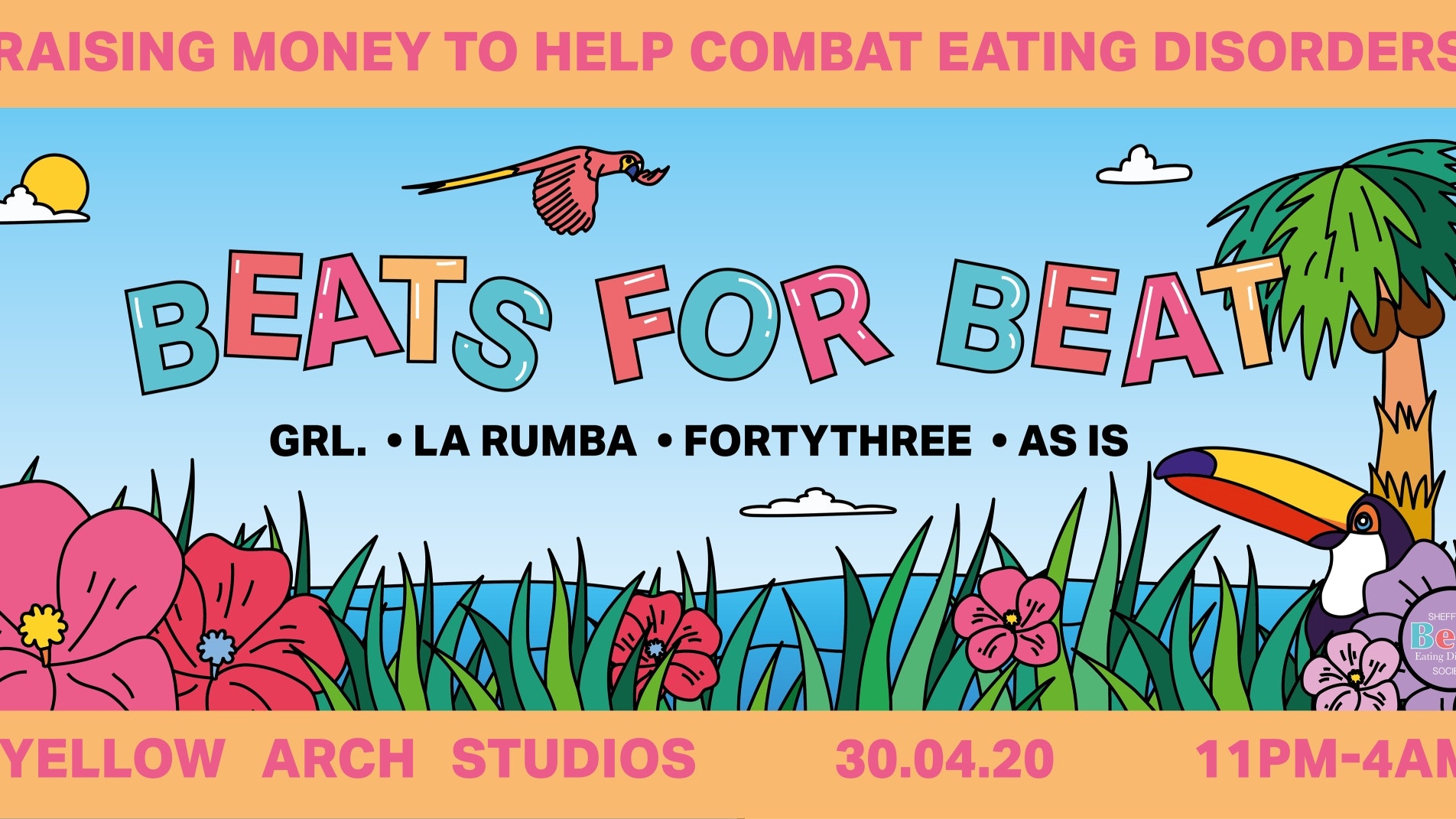 Gear yourselves up for a springtime soireé of quality vibes down at Yellow Arch Studios,
where we will be dropping some big ol’ beats in aid of Beat – the UK’s leading charity for
Eating Disorders. Collaborating with some of Sheffield’s finest local DJ talents, we’ll be
bringing you a night full of globally-inspired rhythms; ranging from afro-beat to latino funk
and all the jazzy, disco house numbers in between.

This is not one to miss. We’re gassed to be kicking things off with La Rumba’s very own
Román Rocha who’s been the primary supplier of Sheffield’s worldwide party scene over
the past three years, needing little introduction.

Bringing the female fire from the GRL. collective, we’ve got MYNA and Melly D coming
through with some serious hand-raising floor-fillers; dishing out funky disco techno flavours
to tickle anyone’s fancy.

Rolling in the early hours we’ve got the local Fortythree lads going b2b with Baron Samedi
(As Is) in somewhat of a family affair. Having made themselves known for their rhythmic
residencies and scandalous sets across the city, these boys know how to deliver the goods.

Tickets are a steal with Early Birds available for just £3, followed by standard release at £5. On the night, tickets will be £7 on the door so grab em while you can folks!

And of course, all proceeds will be going straight to Beat – a charity that:
– directly supports those affected by eating disorders
– changes government policies to improve healthcare practice across the UK
– actively campaigns to end the stigma surrounding eating disorders

Find out more about Beat and what they do by going to their website:
https://www.beateatingdisorders.org.uk/about-us

See you there party people x