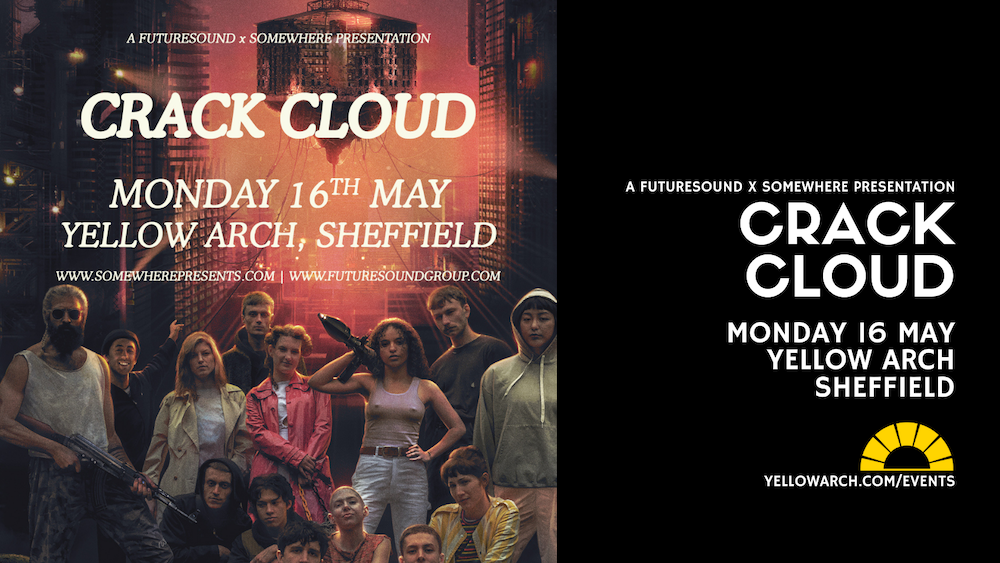 Buy from Fatsoma
Buy from Somewhere

Crack Cloud began in Calgary as the solo project of singer and drummer Zach Choy. The project later moved to Vancouver, where most of its members met through various addiction recovery and mental health programmes both as participants and as support workers. Choy stated that the purpose of Crack Cloud is a “healing mechanism”.

Crack Cloud released their first EP, also called Crack Cloud in 2016, followed by another EP, Anchoring Point, the next year. These two EPs were re-released by Meat Machine Records in 2018 as a self-titled compilation.

In 2021 the band were named as the winners of the Hi-Fidelity Award, for recording artists who use music video in innovative ways, at the 2021 Prism Prize.